Steven Strogatz is the Jacob Gould Schurman Professor of Applied Mathematics at Cornell University. After graduating summa cum laude in mathematics from Princeton in 1980, Strogatz studied at Trinity College, Cambridge, where he was a Marshall Scholar. He did his doctoral work in applied mathematics at Harvard, followed by a National Science Foundation postdoctoral fellowship at Harvard and Boston University. From 1989 to 1994, Strogatz taught in the Department of Mathematics at MIT. He joined the Cornell faculty in 1994. Dr. Strogatz has broad research interests, including a variety of problems in mathematical biology, nonlinear dynamics and chaos applied to physics, engineering, and biology, and even broader topics such as the role of crowd synchronization in the wobbling of London’s Millennium Bridge on its opening day, and the dynamics of structural balance in social systems. Perhaps his best-known research contribution is his 1998 Nature paper on “small-world” networks, co-authored with his former student Duncan Watts. Dr. Strogatz has received numerous awards for his research, teaching, and public communication, including the Communications Award from the Joint Policy Board for Mathematics (2007), a lifetime achievement award for the communication of mathematics to the general public; the AAAS Public Engagement with Science Award (2013), the Lewis Thomas Prize for Writing about Science (2015), which honors “the scientist as poet” and the SIAM George Pólya Prize for Mathematical Exposition (2019). Dr. Strogatz is a Fellow of the Society for Industrial and Applied Mathematics (2009), the American Academy of Arts and Sciences (2012), the American Physical Society (2014), and the American Mathematical Society (2016). His 2004 TED lecture “The Science of Sync” has almost 700,000 views and has been translated into 20 languages. He is the author of Nonlinear Dynamics and Chaos (1994), Sync (2003), The Calculus of Friendship (2009), and The Joy of x (2012). His most recent book, Infinite Powers (2019), is a New York Times Best Seller.

Dr. Strogatz’s SAGE Center lecture is Thursday, June 2 at 4 p.m. in Psychology 1312 on the UCSB campus. It is free and open to the public. We regret that livestreaming is not available for this talk.

Get Feed for iCal (Google Calendar). This is for subscribing to the events in the Calendar. Add this URL to either iCal (Mac) or Google Calendar, or any other calendar that supports iCal Feed. 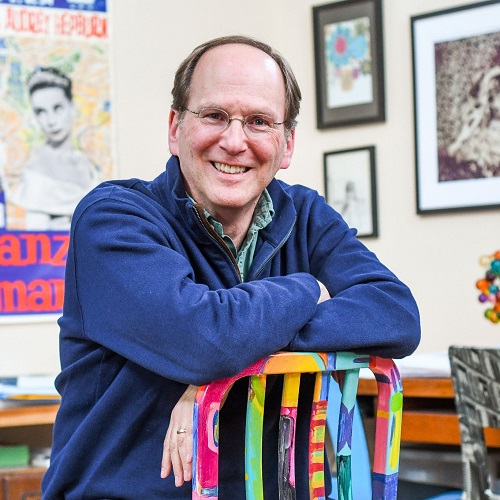