Hear from a former student KCSB News director about his experiences in student journalism at UC Santa Barbara, the importance of student-led media, and how he made the leap into international reporting.

Daniel Alvarenga is an award-winning queer Salvadoran journalist based out of Washington, DC. Born and raised in Southern California to refugee parents who fled the civil war in El Salvador, Alvarenga got into journalism because he felt mainstream media coverage of Central America lacked depth and nuance. Formerly with AJ+, part of the Al Jazeera media network, Alvarenga is currently a reporter and producer for Telemundo’s first English-language show, Radar 2022.  Alvarenga covers issues pertaining to immigration, racial equity, and Latinx cultures – with a special emphasis on Central America and its diasporas. Alvarenga has been named one of “9 Young Central American Creatives and Thought Leaders You Should Be Following.” And in 2020, was awarded a Poynter Fellowship by Yale University for reporting on immigration. 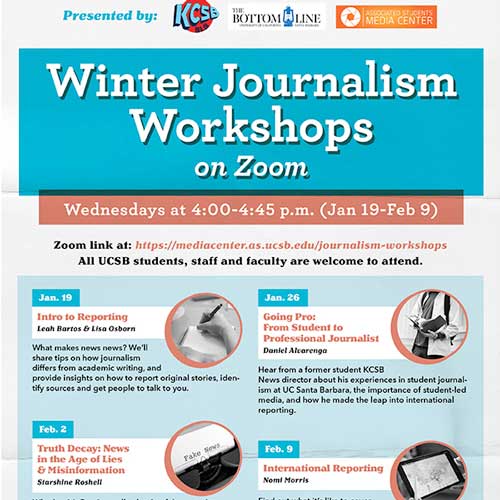