“What’s So Special about the Human Brain?”–SAGE Center Lecture by Sir Colin Blakemore 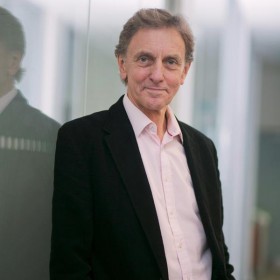 Sir Colin Blakemore is Professor of Neuroscience and Philosophy at the School of Advanced Study, University of London, and Emeritus Professor of Neuroscience at the University of Oxford (where he worked in the medical school for 33 years). From 2003-2007 Sir Blakemore was the Chief Executive of the British Medical Research Council, which provides hundreds of millions of pounds for medical research each year. His current research is on human perception, and especially on how our brains put together information from the different senses. Previously he worked on the early development of the brain, on “plasticity”, and on neurodegenerative disease (Huntington’s Disease in particular). Sir Blakemore was knighted in 2014 for his contributions to scientific policy and public communication, as well as for his research. He recently gave the 79th Annual Paget Lecture, organized by the organization Understanding Animal Research.