“Neurons as Will and Representation: Direct Recordings from the Human Brain”–SAGE Center Lecture by Itzhak Fried 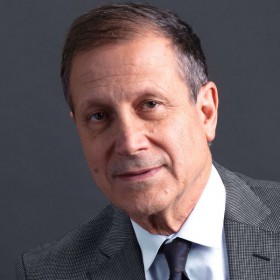 Itzhak Fried is Professor of Neurosurgery at the David Geffen School of Medicine of the University of California, Los Angeles (UCLA) and Professor of Psychiatry and Behavioral Sciences at UCLA’s Semel Institute for Neuroscience and Human Behavior. He has pioneered methods for studying the cellular basis of human visual perception and memory. His research program uses depth electrodes, which are implanted in the brains of patients for clinical diagnostic purposes, as a means to investigate the behavior of individual neurons. He was elected a fellow of the American Association for the Advancement of Science for his contributions to cognitive neurophysiology. A fellow also of the American College of Surgeons, he has been a Merritt-Putnam International Visiting Professor at the Beijing Neurological Institute and lectured extensively in Europe, Israel, India, Japan, Australia, and the United States.