“Nature’s Gift: How the Discovery of Structural Principles in a Microbial Protein Helped Illuminate the Pathophysiology of Psychiatry”–SAGE Center Lecture by Karl Deisseroth 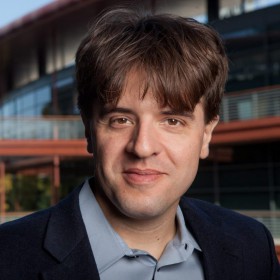 Karl Deisseroth is the D. H. Chen Professor of Bioengineering and of Psychiatry and Behavioral Sciences at Stanford University. He is known for creating and developing the technologies of CLARITY and optogenetics, and for applying integrated optical and genetic strategies to study normal neural circuit function as well as dysfunction in neurological and psychiatric disease. He has led his laboratory at Stanford University since 2004, serves as an attending physician at Stanford Hospital and Clinics, and has been affiliated with the Howard Hughes Medical Institute (HHMI) since 2009. Since 2014 he is a foreign Adjunct Professor at Sweden’s prestigious Karolinska medical institute. In 2015, Dr. Deisseroth was awarded the Breakthrough Prize in Life Sciences. The same year he received the BBVA Foundation Frontiers of Knowledge Award in Biomedicine, jointly with Edward Boydenand Gero Miesenböck, for the development of optogenetics, the most precise technique for studying the brain today.